Our #WildWestWeb campaign calls for Government to create a robust law to make social networks safer. New figures from the Office of National Statistics show that police recorded thousands of incidents of the internet being used to commit child sexual offences in the past year.

The new figures may not show the true extent of the problem, due to the under-reporting and under-recording of child sexual offences, and the involvement of online in them.

Our #WildWestWeb campaign is calling for an independent regulator with the power to investigate and fine social networks if they fall short in protecting children.

Lucie* was 10 years old when she started chatting to Jason*, who claimed to be 21, on a website for people with similar music tastes.

Lucie met Jason in person and discovered he was actually in his late 30s. This is when the online grooming moved to sexual abuse.

“It is time social networks were made to take responsibility and stopped allowing their platforms to be used as gateways for these devastating crimes.

“Sites must be forced to create safe accounts for children and take proactive steps to detect grooming so this behaviour can be disrupted before it escalates.

“We urge the public to sign our petition calling on Government to introduce an independent regulator which has the power to fine social networks that fail in their duty in protecting children and young people from abuse."

We're calling on Home Secretary Sajid Javid and Digital Secretary Jeremy Wright to stand up for children and introduce tough regulation for social networks. We want:

We need your help to ensure children are safe online. Sign our petition and help end the #WildWestWeb. 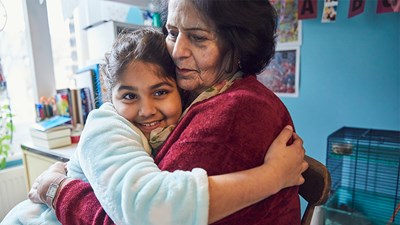