Become a member and enjoy exclusive film previews, access to a private bar and fantastic networking opportunities - all in support of Childline.

Join a London film club with a difference

Join the NSPCC's London film club and be the first to see award-winning films in an exclusive 5* venue.

All money raised will support Childline - our counselling service for children and young people.

Some of the fantastic films our members have seen before general release include If Beale Street Could Talk, Mary Poppins Returns, La La Land and Moonlight.

Following the events of Avengers: Endgame (2019), an unexpected tragedy forces the Eternals, ancient aliens who have been living on Earth in secret for thousands of years, out of the shadows to reunite against mankind's most ancient enemy, the Deviants.

How you can help us keep children safe

A corporate or individual membership for a suggested donation of £1,000 will help our Childline volunteers:

You can also help by texting MOVIE to 70744 and donate £10 to Childline, so we can be there for every child. See our text to donate terms and conditions if you have any questions.

For more information, or to enquire about attending the next screening, fill in our form below or email mondaymovieclub@nspcc.org.uk

Other ways you can support us

Right now, many children are struggling to cope. Thousands are calling Childline with thoughts of self-harm and suicide, and many have nowhere else to turn. Please donate today to help us be here for children this winter. 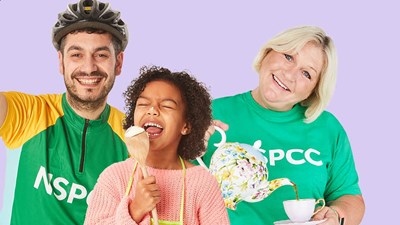 Do your own fundraising

Try our fundraising ideas and help us be here for children when they need someone to turn to.
Get my fundraising pack