Flaw in the Law fixed

Thanks to you, police can now protect thousands of children across the UK from online grooming.

Thanks to you, police can now charge adults who send a sexual message to children in England and Wales. By intervening sooner, police can stop abuse before it starts.

It wasn't easy, but by putting pressure on Government we made sure thousands of children are protected from sexual abuse every year.

Together, we can make a real difference to children's lives. Help us continue to make the internet a safe place for children, and make sure children get the right support after abuse.

"Children should be as safe online as they are offline, wherever they are in the UK. This law will give police in England and Wales the powers they need to protect children from online grooming, and to intervene sooner to stop abuse before it starts."
Peter Wanless / NSPCC Chief Executive 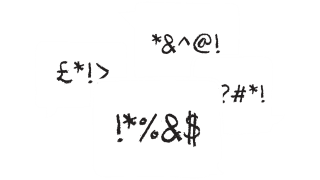 In October 2014, we launched Flaw in the Law, a campaign to call for a clear new offence that would make it always illegal for an adult to send a child a sexual message.

When we launched the campaign, over 80% of people said this should be illegal, while 3 out of 4 adults thought it already was (YouGov, October 2014).

Over 50,000 of you signed a petition and wrote to the Minister for Online Child Protection calling for a new law.

And thanks to this, the Government listened.

At a major global summit in December 2014 about online safety, the Prime Minister announced that the UK would introduce such a law.

The law was passed as part of the Serious Crime Act (2015). It's now a criminal offence for an adult to send a sexual message to a child.

However, because the law wasn't given a start date, police couldn't charge people with the offence in England and Wales.

Together, we asked Liz Truss to start the law and she finally listened.

Has your child received a sexual message from an adult?

Your child is likely to feel distressed, upset or confused if they've received a sexual message. They might even feel guilty and that it's their fault.

It's a criminal offence for an adult to send a sexual message to a child, so there are lots of things you can do.

Stay calm
By telling you, they might have prevented the situation from becoming more serious. Talk to them about what happened. Did they receive the message from a 'friend' or someone they thought was their age?

Report it
Call the police to report it, or call the NSPCC helpline for more advice.

Check privacy settings
And make sure they know how to report abuse.

Offer help
Let them know they can call Childline at any time if they want to talk to someone about what they've seen.

With schools closed and when home isn't a safe place for every child, many children have nowhere to turn for help. We're still here for children. Will you be there too?