2,796 counselling sessions about gender identity and gender dysphoria were held by Childline last year. Children as young as 11 told counsellors they felt unhappy with their birth gender.

These sessions have more than doubled since 2012/13.

During the sessions, young transgender people frequently said they had:

Last year the Government’s Women and Equalities committee was told by support groups that the attempted suicide rate among young trans people is 48%1.

"I hate my body and feel hopeless and frustrated by mental health services. It’s really difficult to talk to my parents as they just don’t understand. "
A 16-year-old who contacted Childline

Young people who contacted Childline said that transphobic bullying often stopped them from speaking out. When they were honest about their gender identity, many complained they received cruel abuse which left them feeling desperate. Homophobic bullying or transphobic abuse, was mentioned in 450 counselling sessions last year.

Young trans people told us that lengthy waiting times, not enough services, and NHS staff lacking understanding all contributed to their mental health problems, including suicidal thoughts. Those who found the courage to talk to others often felt ‘humiliated' or 'criticised’ by them, and adults often dismissed it as ‘a phase’.

"I came out as trans last year and wish I’d never said anything. People shout at me every day and call me stupid and ugly. I can’t cope anymore and I wish I could escape from everything"
A 15-year-old who contacted Childline

If a young trans person’s feelings are not recognised or supported by families and services this can lead to significant emotional distress. An open and supportive culture is key to helping a child come to terms with who they are. Making them feel ashamed or dismissing their concerns could lead to children developing mental and physical problems.

How to help a young person

Parents can help their children who are coming to terms with trans or gender issues by:

"I recently came out as trans but my parents are transphobic and have been really horrible. They won’t accept who I am and it makes me feel awful. Because I’m feeling so down, I have started to cut myself"
A 16-year-old who contacted Childline

It really helps to know what different terms mean so you can feel more confident in supporting a young person.

Stonewall's glossary is a good place to start.

Peter Wanless, CEO of the NSPCC, said:
“We cannot call ourselves a modern society if we stigmatise children just because they feel different. It's vital that children have support otherwise, as they tell us all too often, they suffer. When a child is made to feel ashamed about who they are, it can trigger serious mental health issues and crippling shame.

''It’s vital young people are confident that if they speak out they will be able to try and navigate these confusing and complex feelings without also having to fight prejudice and abuse. Adults must support a child as they explore what they’re feeling and guide them to get the right help when necessary.”

Any young person who wants to talk about gender issues can call Childline free on 0800 1111 or visit www.childline.org.uk.

Find out more about Childline

Our Childline service offers help and support to thousands of children and young people whenever they need us.
Read about Childline 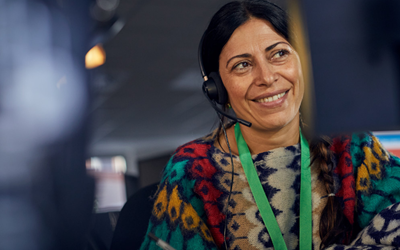 Join us in the fight for every childhood by making a donation so we can be there for children across the UK online, offline, any time.