Today is International Human Rights Day when people and organisations around the world remember and celebrate the creation of theUniversal Declaration of Human Rights. This year, Human Rights Day has an added significance for children as it coincides with the 25th anniversary year of the United Nations Convention on the Rights of the Child (UNCRC).

Eleanor Roosevelt, the driving force behind this blueprint for human rights, famously recognised that human rights begin: “in small places, close to home." I think they also begin with small people.

At the NSPCC we believe that every childhood is worth fighting for which means ensuring that in a world designed and run by adults children’s needs are protected and upheld. The idea of protecting children’s right to be safeand cared for would have been familiar to Benjamin Waugh when he founded the NSPCC in 1884. But sadly, 130 years on, the fight to make this a reality still continues.

Events over the past year have shown the extent to which the protection and care of children, particularly within our criminal justice system, can be overlooked. One would expect that all child victims and witnesses would be supported to
give their best evidence in court.

They should also feel protected and safe when giving evidence and be given the help they need to understand and communicate within the process. One would think these are basic human rights. But sadly, when it comes to child witnesses, they do not always apply.

25 years ago a report by Judge Thomas Pigot recommended that our justice system should be re-designed to give children a chance to give evidence in the safest way possible – safe both in terms of justice and the child’s experience. Pigot’s recommendations reflected the UNCRC which claims that children not only have the right to be listened to, but also the right to be protected from severe mental and emotional harm.  Sadly, this type of secondary abuse is something that is all too common for those children who are brave enough to give evidence about their traumatic experiences in our courtrooms.

Last year our ChildLine service helped 1,200 children who were deeply concerned about giving evidence – an 11 per cent increase on the previous year. Some of the stories I heard from the brave children who spoke to us about their experiences were harrowing. Often they were abused by someone they love – so some of the people that children would normally speak to when they need help were out of bounds.

It was heartbreaking to imagine how these children must have felt when the authorities they asked for protection made them re-live their trauma at court. It is appalling that the system that prosecutes those who abuse children is too often inflicting a whole new sort of abuse on the victims for a second time when they give evidence.

Despite the fact that a quarter of a century has passed since Judge Pigot’s report, many of the 21,000 child witnesses who give evidence in court each year are still being left frightened, depressed and even suicidal after doing so. They are being put through a system which often prolongs their trauma rather than prevents it. This must change.

Earlier this year, we launched our Order in Court campaign with the view to bring about vital changes to the justice system so it is fair, age appropriate, and fit for children.

We called for three important changes to be made: the right of all young witnesses to have access to a Registered Intermediary - a trained communications expert - to help them understand what is happening with the police and court whenever necessary; that all children should be able to give their evidence from a location away from court; and that all judges and lawyers taking child sexual abuse cases should undertake mandatory specialist training.

Thankfully, we are now beginning to move forward and 25 years after a better deal for child witnesses was recommended by Judge Pigot, we have finally set course for this to become a reality. Three months after the campaign was launched, the Government announced a series of changes to how vulnerable witnesses are treated, and by March 2015 the Government has committed to ensuring that barristers who take part in sexual abuse cases receive compulsory training so that vulnerable witnesses are treated with the care they deserve and that one remote site location will be available in each court region.

These are important steps but ultimately, the criminal justice system is still too focused on adults and does not fully address the welfare needs of children. The very least we can do is make sure we have a system which is designed around children - a system tailored to ensure they get justice, a system which does all it can to ensure they are not further harmed by this process. And, most importantly, we need a system that recognises and endorses the fundamental human rights of some of the most vulnerable and small humans here in the UK.

We at the NSPCC urge the Government to ensure that children are cared for and protected in all aspects of their lives, including the justice system, so that we can live up to the vision of the Universal Declaration and UNCRC and ensure that children’s human rights have meaning where they matter most - “in small places, close to home.” 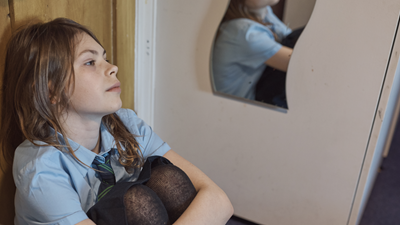 "I was scared no one would believe me"

Alice was sexually abused when she was very young. The Young Witness Service helped her feel supported when she gave evidence in court. 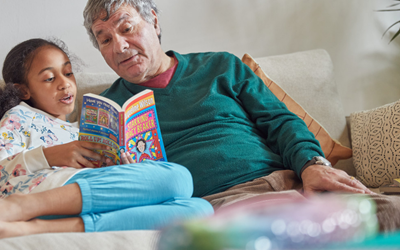 The latest news and opinion on our work and activities, plus our spokespeople on what we're doing to prevent and aid recovery from child abuse.
Read our latest news

We've helped almost 1.8 million children to recognise the signs of abuse and know to speak out if they're worried. Donate today and help us reach one more child.