Carol feels like a better parent since she talked PANTS with six-year-old Mabel.

Mabel is the most precious thing in my life. Like all parents, I'd do anything in my power to keep my daughter safe, but a while ago I started to wonder whether I was really doing all I could.

Mabel knows to stay close to me when we're in town and she knows to look left and right before we step out into the road together – those were easy enough lessons to teach, but what about the rest? I won't be there to cross every road with her, and as much as I'd like to, I can't wrap her in cotton wool.

I asked myself: if the unthinkable happened and someone pushed physical boundaries with my daughter, would she know what to do? Would she tell me? Would she even know that it was wrong? Bold and bright as my little girl is, I couldn't be sure because I hadn't taught her. But how on earth do you begin a conversation like that with a six-year-old?

I wasn't sure we were ready to talk about "birds and bees", let alone the kind of harm that grownups read about in the papers what feels like every day now. Mabel looks at the world with such enthusiasm and trust and I didn't want to take that away from her. I didn't want to scare her. I was scared myself.

We took the conversation in stages. I first mustered the courage at bath time one day, simply explaining to Mabel that privates are private – her bajingo, as we call it, belongs to her!

Mabel listened well and seemed to grasp this instantly – I knew beyond doubt that she had when we were using public toilets later and she declared, 'My bajingo is all mine!' After a flash of embarrassment while I was taken by surprise, I felt so proud – so relieved that I hadn't scared or somehow corrupted her, but finally taken an important step to help her keep safe. I felt like a better parent. I started to answer, 'That's right, Mabel! And nobody...' 'I know, mum, and nobody can touch it. I'm in charge of it!' That's my girl.

The PANTS guide also helped me talk to Mabel about the difference between "good" and "bad" secrets: 'Good secrets are fun things like surprises and presents, but bad secrets can make you feel sad, worried or frightened. Always tell someone if you're keeping any bad secrets, you won't get in trouble.' When Mabel's dad's birthday came around, she spent hours making a card and said without any prompting from me, 'This is a good secret, isn't it?'

Now, bath time and bedtime are 'Mummy and Mabel chat time'; we can talk about anything and ask any question we like. It's a time we look forward to and I think we've both gained confidence to say what's on our minds. So far Mabel's questions haven't been difficult but she knows she can turn to me with worries too, and talking PANTS has helped me feel equipped to deal with anything she could throw my way.

I want all parents to start talking PANTS! We won't always be able to keep our children out of harm's way, but we can offer direction and empower them to protect themselves. We can't afford to shy away from conversations that feel scary – they don't have to be if you just talk PANTS! Let's get the word out... 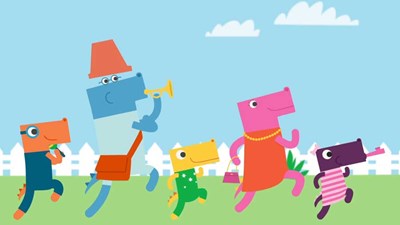 Talking PANTS teaches children important messages, like their body belongs to them and they should tell an adult if they're upset or worried.

Find out how to talk PANTS 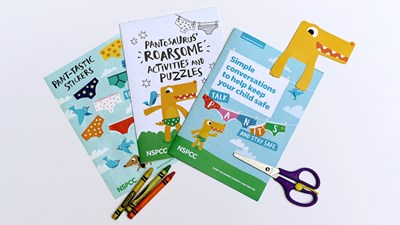 Get your PANTS activity pack

Our PANTS activity pack makes it easy to talk to your child about staying safe from harm. With a word search, dot-to-dot and maze game, you can help them learn without using any scary words.