Statistics from 2015 show that between July and September, the NSPCC helpline received 453 calls and emails from adults concerned about children being left unattended. Of these, 366 were so serious they were passed to police or social services.

As we enter the summer holidays, we're urging parents to think carefully before leaving their children home alone.

"I’m really worried about a young girl who’s been in the house by herself for a whole day now. Her mother visits her partner over the weekends. The child is always looking very sad and unkempt which upsets me. "
Anonymous / NSPCC Helpine caller

The law doesn't give a minimum age for leaving children alone at home but it’s against the law if it puts them at risk.

In 2015/16 our helpline received 1,729 calls and emails from adults concerned about children being left to fend for themselves. More than half of those referred to police or social services were under the age of 10.

The Childline service also delivered 273 counselling sessions to children and young people who were worried about being left home alone.

"I feel so lonely; I’m at home alone and am not feeling well but there isn’t anyone here that can look after me. I’ve been in bed all day and just feel like crying."
Anonymous / Childline caller

Peter Wanless, NSPCC CEO said:
“Summer holidays can be a fun time for children but it’s also when they're more likely to be left home alone as parents face increasing childcare pressures. This could explain why we see a spike in calls to our helpline during these months.

“Leaving your child home alone can be a difficult decision as children mature at different ages – there's no ‘one size fits all’ answer. But it could put them at greater risk of accident or injury. So I'd urge parents to use their common sense when deciding if their child could cope. They should also ask them how they feel about being left alone and talk to them about what to do in an emergency. Parents are best placed to know what is right for their child so it's vital there's flexibility for them to decide.”

Our advice on leaving a child at home

Read further advice on how to decide if your child is ready to be left at home alone.

Advice to help you decide when your child is ready to be left alone and how to keep them safe when you aren’t there.
Read our advice 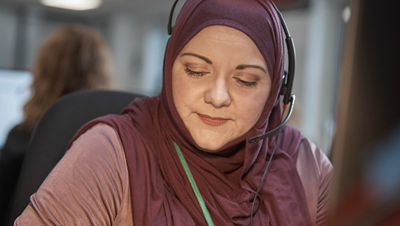 Whether you want to report child abuse and neglect, or are worried about a child and not sure what to, we have advice for you.
Read more
0
Share this