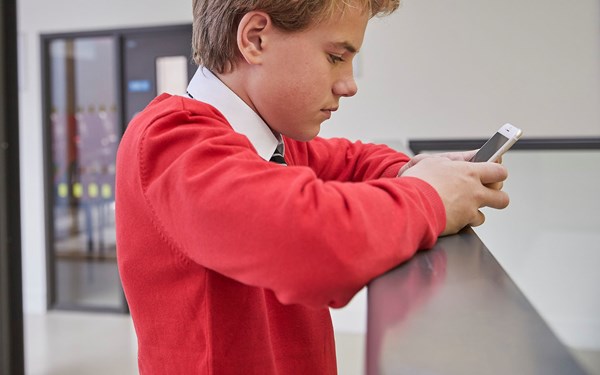 We have advice about how to spot the signs of criminal exploitation and involvement in gangs and what support is available for children and young people.

Children and young people involved with gangs and criminal exploitation need help and support. They might be victims of violence or pressured into doing things like stealing or carrying drugs or weapons. They might be abused, exploited and put into dangerous situations.

We have advice about what to do if a child is being groomed to join or has already joined a gang.

What is criminal exploitation?

Criminal exploitation is child abuse where children and young people are manipulated and coerced into committing crimes.

What is a gang?

The word ‘gang’ means different things in different contexts, the government in their paper ‘Safeguarding children and young people who may be affected by gang activity’ distinguishes between peer groups, street gangs and organised criminal gangs.1

It's not illegal for a young person to be in a gang – there are different types of ‘gang’ and not every ‘gang’ is criminal or dangerous. However, gang membership can be linked to illegal activity, particularly organised criminal gangs involved in trafficking, drug dealing and violent crime.

What is County Lines?

County Lines is the police term for urban gangs exploiting young people into moving drugs from a hub, normally a large city, into other markets - suburban areas and market and coastal towns - using dedicated mobile phone lines or “deal lines”. Children as young as 12 years old have been exploited into carrying drugs for gangs. This can involve children being trafficked away from their home area, staying in accommodation and selling and manufacturing drugs. This can include:

Signs that cuckooing has taken place include:

Children living in these properties are at risk of neglect and other types of abuse. If you’re worried, it’s important to contact the Police or our helpline immediately.

If a child has been trafficked for the purpose of criminal exploitation then they are a victim of abuse. Find out more about child trafficking and what support is available.

How are young people recruited?

A child or young person might be recruited into a gang because of where they live or because of who their family is. They might join because they don’t see another option or because they feel like they need protection. Children and young people may become involved in gangs for many reasons, including:

Organised criminal gangs groom children and young people because they’re less suspicious and are given lighter sentences than adults.

Studies show that a child is more at risk of being recruited if:

If you’re worried a child or young person is being groomed for criminal exploitation or to join a gang, contact our helpline immediately. Our trained counsellors can signpost you to local services and provide professional advice.

Seen or heard something that worries you? We have advice to help.

There are some signs to look out for if you’re worried a child or young person has joined a gang, or is being criminally exploited. It might be hard to spot at first, but the sooner you’re able to talk to the young person the more you’ll be able to help them.

Signs you may notice

It’s important to be aware of the risks of criminal exploitation or being involved with a criminal gang. They can use  different tactics to recruit and exploit children and young people, including bribing them with rewards, befriending them, and threatening them, or coercing them.

Dangers of criminal exploitation include:

Exploiting a child into committing crimes in abusive. Children who are targeted can also be groomed, physically abused, emotionally abused, sexually exploited or trafficked. However, as children involved in gangs often commit crimes themselves, sometimes they aren’t seen as victims by adults and professionals, despite the harm they have experienced. It’s important to spot the signs and act quickly if you think a child is being groomed or is becoming involved with a gang. Read more about the signs below.

Read more about what to do below if you’re worried a child or young person is in a gang or being exploited. Childline has advice for young people who are in a gang or worried about a friend.

It’s against the law to carry a weapon – like knives, guns or acid – even if it’s meant for protection. If someone is found with a weapon they’ll be arrested. The safest thing to do if there’s a threat is to contact the police, not to carry weapons for self-defence.

If you’re concerned about a child’s safety, contact the police immediately or contact our helpline for advice.

What to do if you're worried

There are things you can do to help stop a child from getting involved in a gang, or to help them once they've joined.

Talk to them and listen

If a child or young person is being groomed to join a gang, there are many factors to consider to protect them and keep them safe. However, it’s crucial that they feel they’re able to talk to you, or to another trusted adult outside of the gang.

Speak to them honestly about the consequences of violent or illegal behaviour – they might not realise how they could be liable or could have been lied to. However, make sure that they still feel comfortable talking to you about what is worrying them.

If you’re worried about a child, or know that they’re involved with a gang or criminal group, try to be aware where they are when they’re out, who they’re with and what they’re doing on social media. It’s important they trust you, but they might also be at risk.

Get to know your child’s friends and their families, and work with other parents and schools to keep an eye on their behaviour and who they’re with. This will help to know when they might need support or when they might be at risk.

If you’re concerned about your child, the sooner you reach out to the Police or other agencies the better.

You can encourage them to get involved in positive activities at school or outside your local area – such as sports and clubs. You can also talk to them about what they want to do in the future, and find apprenticeships and school programmes to help. It’s important they feel like they have other options.

Talk to them about how to cope with pressure and how to deal with conflicts without using violence. Try to teach by example and look for ways of disciplining a child that don’t involve violence, so they feel like they can still talk to you about what’s happening.

If you work or volunteer with children

NSPCC Learning is a site for professionals and volunteers working with children and young people across the UK. Find information, resources and training to help you safeguard and protect children from grooming and exploitation. 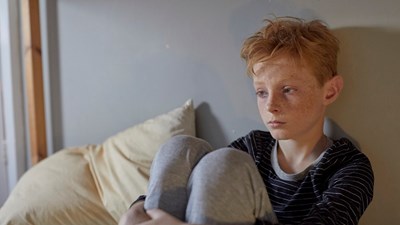 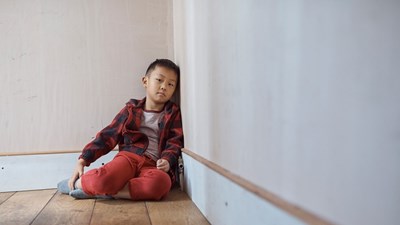 Child trafficking and modern slavery are child abuse. We've got advice to help you spot the signs and report your concerns.
Find out more